What should a school be like? Most people are used to the traditional model – a building with several floors, classrooms, sports and assembly halls, a canteen, and sometimes a swimming pool. But what if the school is a floating island? Does that sound fantastic? In today’s world, there is more than that!

Children spend a significant portion of their time in the school building. Needless to say, the organization of the space, the interior and the equipment of the school are important. Undoubtedly, the environment influences a child’s development and in one way or another takes part in shaping his or her personality. Let’s talk about the most unusual schools, where studying is as simple as betting via Bet22 or playing the most entertaining games.

Spending a lifetime swimming is a realistic prospect for the residents of Kompong Luong, a floating island on a large lake, Tonle Sap, on the Indochinese peninsula in Cambodia. The island is a small and completely self-contained settlement with a school, a few stores, and residential houses. Kompong Luong attracts many foreign tourists, allowing the islanders to supplement their budget. The floating village is home to a number of orphaned children whose parents died while fishing, and the income from receiving tour groups makes it possible to support the children without families.

Busan International Foreign School is designed as a school for immigrants. Children whose parents have moved to Korea permanently or are working here on a long-term contract need to adapt quickly, so the program at Busan International Foreign School is intensive. It would not be easy for the newcomers at ordinary Korean schools – ignorance of local traditions often becomes an excuse for bullying. A common language school allows kids to integrate into Korean society and get an international education. The school works on the IB International Baccalaureate system; most children learn three foreign languages at once – Korean, English, and Spanish. Additional support is provided by the teachers – most of the subject teachers also have a psychological education.

The Watershed School in the United States believes that the world around us is the classroom. Most of the lessons take place outdoors rather than in classrooms. Biology classes are held at a nearby farm, and new geography topics are best learned during a canoe trip! Students complete numerous projects, and much attention is given to social responsibility and volunteerism. The school has a Farm to Table program, in which students learn farming and ranching skills. Teachers at Watershed School are also unusual; they are not only teachers and mentors, but, above all, helpers with whom to prepare for the school concert or the annual play.

Another unusual American school. To study here – unbelievable luck! At least that is the opinion of the school management, because to get to Mountain Mahogany Community School is possible only through luck. In order to get a place at the school you need to fill out an application form on the website. Among those who apply there is a lottery, and the lucky ones who will have an opportunity to study at Mountain Mahogany Community School are chosen randomly. The school’s main tenets are fun, safety, and emotional development. Children here learn primarily practical skills such as gardening, cooking, and crafts. General education subjects such as mathematics or English are also part of the program. The school maintains a positive atmosphere and involvement.

Orestad Gymnasium in Copenhagen is unique in its kind, there are no classes, no division into classes. The school is built on the principle of open space. The design and realization was created by the famous architectural bureau 3XN ROLE. In 2007, the gymnasium building was recognized as the best building in Denmark, because the school is incredibly beautiful! There is a steep winding staircase in the center, cozy round islands where children and teachers gather, comfortable rest zones made in bright colors – you don’t want to leave after lessons to go home at all! Orestad Gymnasium teaches high school students who have chosen media as their major, and the design of the school certainly helps develop creative skills in kids!

Think underground schools only exist in fairy tale worlds? Wrong! Magic happens in modern life too! The proof is in the Terrace School in Virginia. During the energy crisis, when the issue of heating schools became acute, the town of Reston undertook a unique project – an underground school. To begin construction, a hill had to be leveled, and the building was erected in its place. Subsequently, it was covered with earth, thanks to which it was possible to keep the heat for a long time. The school is heated by solar panels. Terrace is considered the most energy efficient school in the United States and is of interest as a tourist attraction.

Students at Nanyang Primary School in Nanchang, Singapore, never get bored! The colorful, upbeat design makes the school look like a giant lollipop! Students move through the curved passageways of the building, with a central staircase in the center providing access to the classrooms. The clever use of the landscape has determined the location of the sports fields – they are built on the site of the ravine, and the canopies provide protection from the cold and rain. Interestingly, according to the author’s idea, in the classrooms instead of bright colors calm colors prevail in the interior, allowing children to better concentrate on their studies and improve discipline.

Carpe Diem School in Aiken, South Carolina is one of the most amazing schools in the world. Here they believe each child needs an individual approach, so there is a separate room in the open space. In fact, the school looks more like a huge office with 300 single-seat classrooms, each equipped with a personal computer. Such an unconventional approach to education pays off – for several years in a row Carpe Diem School has demonstrated the best academic results in the region. Besides, the school’s students read three times more than their peers on average nationally.

A School Under a Bridge. Delhi (India)

In India, most of the population can only dream of high schools and grammar schools. The education of children is often limited to alms-gathering skills. With this sad state of affairs, volunteers set up a free school under a bridge. Children from poor families who are eager to learn are taught here. You can only get the most basic knowledge, you can’t go to high school. There are no famous graduates in the “school under the bridge” yet, but who knows, perhaps one day they will appear and will certainly contribute to school reform in India, making education accessible to all. 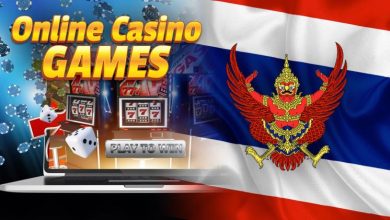 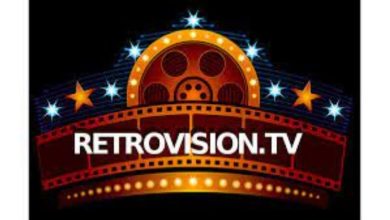 How to Use Retrovision to Make Better Decisions | retrovision com 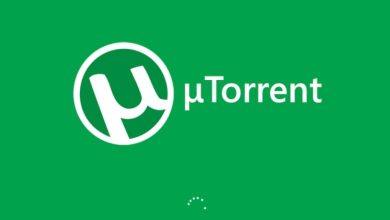